Receive free resources with solutions for life sign up now

This is a difficult post for me to write because I’m a huge people pleaser.  I fear you may not be a fan after reading my confession, but I still feel compelled to share this story.Last year we lost one of our fur babies in February. It was very hard on our family. My husband and I adopted Wylie, a kindhearted Shih Tzu, during our second year of marriage and he was dearly loved by both our children. We then endured what seemed like endless attempts at trying to keep guinea pigs alive after losing my daughter’s beloved Abby, whom we adopted from a close friend. Soon after, we discovered our last living dog, Murphy, had what we prayed was a simple lump on his chest and not cancer.

While we love our animals, our family was devastated by the dual losses of my brother-in-law and uncle to cancer in the same year. I was hearing from my children, “No one, and nothing else can die in our family, Mommy. Please.” I echoed their thoughts in prayer to God regularly as we currently walk beside my husband’s sister, a now recent widow, who is fighting beyond medical predictions with stage four cancer.

So what does a counselor, home with a sick kid, one day last fall decide to investigate? Adopting another dog – because how could adding a lovable pet, who met my narrow criteria of age, breed and size, that was in high demand, do anything but enrich our lives?

Much to my husband’s dismay and counsel against (which one day I will learn to heed better), I brought an adorable rescued Maltese male home from a rescue agency. I wish our story had a happy ending from here. But alas, this dog seemed, within the first month, not only skittish as I had expected, but he seemed impossible to crate train with a doggy door. I had forgotten that a new dog was as much work as a baby. What I have now discovered is that a dog with bad habits takes extensive time to train. I also later learned that this dog had been returned to the rescue after adoption once before. But I am NOT a “quitter!” So even though most people spending time in our home, watching our carpets being destroyed, and listening to endless barking, kept asking, “Have you considered this may not be the right dog for your family,” I was determined to persevere.

My husband begged me to intervene, but my response was always the question, “How do we do this to our daughter who has experienced so much loss?” After spending the summer away at several conferences, I returned with additional demands and began to feel the intense pressure and anxiety that an untrained, though at times loving, pet could evoke in a household. So this past month I prayed over this situation, and we began to really hand over more and more of the dog watching and training responsibilities to our nine year-old. Last week she came to me, sad, but I could tell that her heart had been changed. “Mom, this dog just isn’t like Wylie and Murphy. I don’t think I can train him and he’s beginning to bark and run away from me too. Even though I may cry the first couple of days, I think it’s best for him and us that we find him another family.”

While I hated to admit defeat, I knew this dog needed a fresh start and an individual or couple who could devout extensive time and focus on his training. Our family is just not in that stage of life right now with working parents and two children with active extracurricular commitments. Last weekend I did what, to me before, would have been considered the unthinkable. I returned an adorable dog, that I had always dreamed about one day owning, to the same rescue agency from where I adopted him almost an entire year before. Please understand that I am in in no way advocating for irresponsible pet ownership, or in any way endorsing this personal decision for any other family.

I have to admit this past week our family has experienced freedom. We all feel it and have remarked on the difference. Our remaining dog, who has been in our family for over a decade, has returned to his rightful place of attention and affection. I have a freedom of daily focus and energy I didn’t even know had disappeared. My daughter, who has been in the midst of a busy theater week, has not cried once. I have been able to serve others in ways that having a dog in a crate had previously prevented these past months. Almost a week later, I can say with confidence this was the right decision for our family and for that dog.

It is hard to admit when you’ve made a mistake, and even more challenging to correct it, especially when you fear you will be judged, but sometimes we are called to do just that – no matter the cost.

I’ve walked beside many people in the similar struggles for freedom – a student who no longer loves the sport she and her parents have invested over a decade into developing, a professional who dreads going to work every day even though the salary and benefits are amazing, or a ministry leader who has said “yes” to too many people and is going to have to resign because she found her calendar too full and heart too empty.
​
Sometimes we as humans have to make hard decisions and face the embarrassment of not only being wrong, but also not being what the world defines as “good, right or enough.”
Honestly, I have spent the week fearing the external critics, fighting the internal negative thoughts and “what if’s” in my head. In the midst, I am engaging in a well repeated battle of the mind and claiming the verse  in Romans 8 that tells me, there is no condemnation for those in Christ Jesus – even for a dog owner who returned a dog. 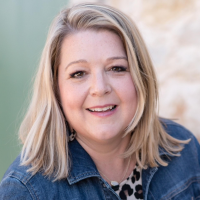 Subscribe to get free resources providing solutions for life!

Let's stay in touch! My subscribers get access to my free subscriber library of resources providing solutions for life!